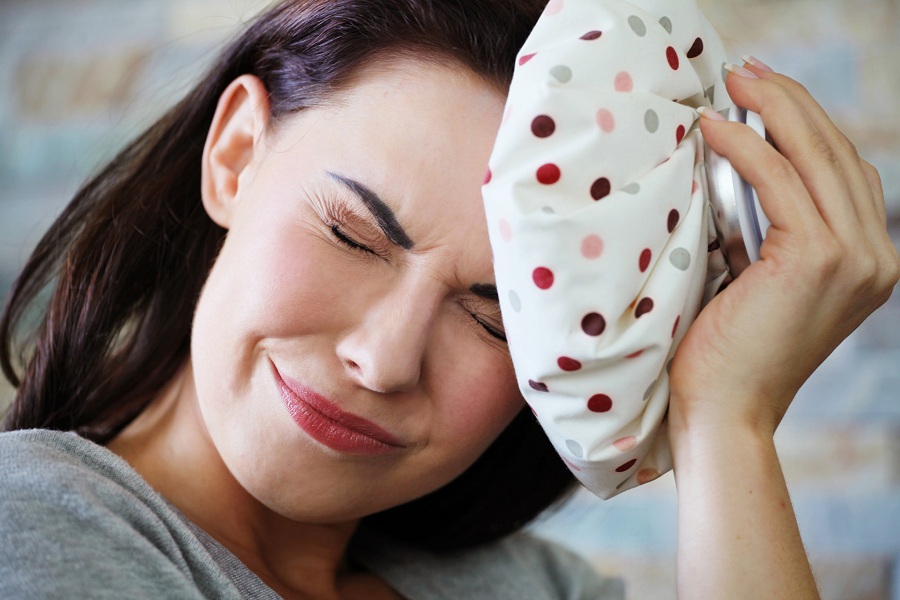 Humans experience the world around them primarily through their senses.

Sensory stimulations occur in the human body through information transmission via our nerves that transmit electrical signals to our brains.

Mutations in genes can shape ion channels and supporting nerve pathways in dysfunctional ways that can disrupt and make the communication system frail.

Thus it displays a magnified potential to affect the functional system as a whole, leading to physical and sensory symptoms.

Some of them include nausea, irritable bowel syndrome, anxiety, depression, epilepsy, hypothyroidism, temporary loss of vision, and difficulty speaking.

Migraines are a complex neurological disease that impacts 15% of the world’s population.

They are usually characterized as a hammer-like headache with pulsing pain affecting one side of the brain.

It is a primary headache, meaning it is itself a disease and not a symptom of another underlying condition.

It features as one of the prevalent diseases in the world and is regarded as the 6th most disabling illness in the world.

The associated pain is not only severe but also impairs one’s routine, thus having severe consequences to one’s work, education, and other pursuits.

Each migraine episode can last anywhere between 4 to 72 hours. Migraine is said to affect women three times more than men.

The sensory changes associated with Migraine are termed Aura and are the secondary disturbances in visual, physical sensations, and speech.

They are progressive and include experiences like flashes of light, stars, geometric lines, colored spots, and scotomas or blind spots.

Also called the premonitory stage, it is characterized by fatigue, muscle stiffness, concentration problems, nausea, and sensitivity to light and sound.

It is the phase that sets the ground for the headache.

Apart from an increased sensitivity to light and noise, one could feel chills or warmth, a sense of dizziness, fever, and diarrhea.

Known as the Migraine hangover, it is the phasing out phase characterized by low concentration, fatigue, and depressive tendencies.

Migraines can manifest with different sets of symptoms and patterns. It is not a homogeneous disease but can be classified into subtypes.

While one could experience migraines in their various typologies, this article seeks to explore the major types.

It involves visual disturbances before the migraine attack. The headache is accompanied by numbness and tingling sensations or “pins-and-needles” feeling. It is further sub-classified into:

It is also regarded as a common Migraine because of its widespread occurrence.

It is marked by pain that starts developing on one side of the head and increased sensitivity to light and sound.

It is primarily characterized by the frequency of headache episodes and is defined as at least 15 headache days in a month.

It involves pressure-like pain that could be between moderate to severe. It is associated with underlying conditions like obesity and mood disorders.

Currently, there are no tests available for diagnosis.

Vestibular refers primarily to the inner ear, which in turn is associated with hearing and balance.

Typical characteristics include vertigo attacks before the onset of an attack and a sense of dizziness which involves lightheadedness, balance issues, and other common symptoms like Photophobia (sensitivity to light), Phonophobia (Sensitivity to sound), and nausea.

It is, however, not necessary that one experiences a headache.

This type presents a paradox as these migraines do not cause headaches.

While Migraine is usually associated with adults and headaches, this type departs from both aspects and affects children majorly and ache in the abdominal area.

It can also be accompanied by other symptoms like nausea, vomiting, loss of appetite, etc.

The theory behind this Migraine is based on the connection between the brain and gastrointestinal tract.

Migraines are difficult to diagnose and can be tricky when it comes to the treatment aspect of it.

They are not curable, but the effects can be minimized by following a standard protocol treatment involving multiple facets.

Doctors and researchers are on their way to nuanced treatment models for different migraines, but some of the mainstream treatments that can be adopted are mentioned below.

Treatment for most types of migraines focuses on either decreasing the symptoms like pain and associated distress or one preventive measure.

Migraines attacks could have long-lasting pain and are more complicated because they are not curable.

Consultation with healthcare providers and an adequate assessment will enable one to understand the intricacies of one’s condition and develop an effective treatment regime for the same.

Having a condition of Migraine means that one is vulnerable to certain risks. However, medication combined with alternative remedies could lower the severity.