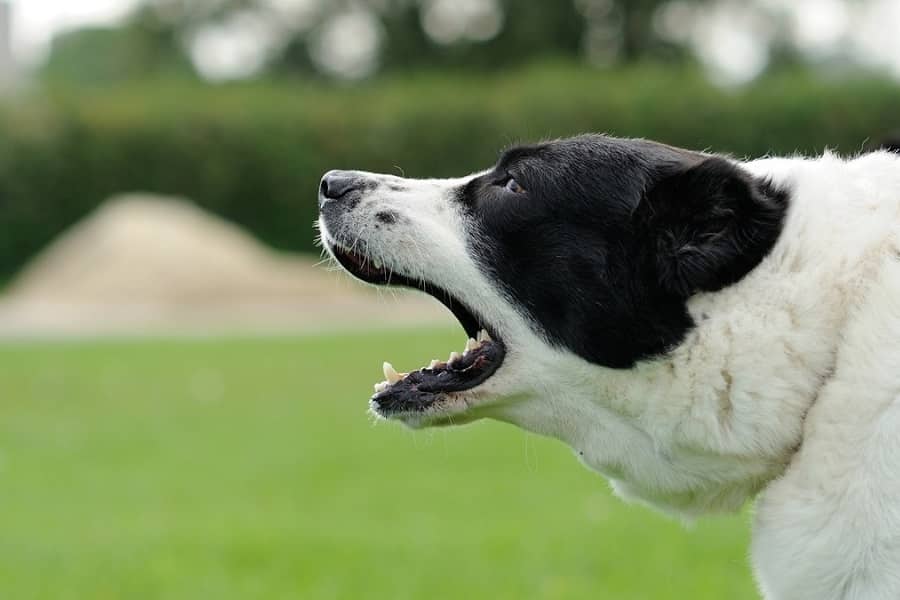 Dogs could bring you an unlimited supply of joy and cuddles.

They shall make vows of commitment, forgiveness, and compassion and shall live up to them all. Most of us would envy friends and colleagues who are also proud dog owners.

There is sheer bliss in being around or living with the four-legged furballs wagging their tail, sniffing, and licking.

If one could not afford to keep oneself, the next best alternative is to be lucky enough to be the neighbor of a home having a dog. However, it won’t be long to experience a distressing situation being the neighbor to a constantly barking dog.

You might want to catch up on some quick sleep, or watch your Sunday match, or carry out your chores in peace, but all of it might seem irritating with a background score of “Bark-Bark & Woof-Woof.”

There are multiple reasons for dogs to bark. Primary among them is that they are dogs.

Quacking ducks, chirping birds, hooting owls, coo-ing pigeons, and screaming humans. These are the primary vocalization of animals and are a part of their existence. Thus, dogs do bark, and the onus is particularly not on them if they do.

However, sometimes dogs can bark for particular reasons. It becomes more pertinent when the barking is consistent. Identifying such causes could help one identify and solve.

This shall be regarded as one of the many other behaviors exhibited by them; a sense of insatiable hunger can be associated with our canine friends.

Some dogs may bark in distress. They might be undergoing pain or discomfort, which may have them call out for help.

It could be the case, mainly when the owners are not home, thus prompting the dogs to seek help by barking.

For most breeds, defending their territory and masters becomes a prime aim to achieve.

It is driven by a sense of heightened protection and anticipation of some threat, making certain dogs bark incessantly if somebody passes by their area or comes near their masters.

Certain dogs are not okay with being left alone by their owners. They might thus respond by howling and constantly whining to express grief.

Lack of physical exercise and stimulation can make dogs cranky and restless. They might thus resort to developing habits like barking to release their energy.

The first understanding that any distressed person needs to develop is that this is a matter that needs to be primarily resolved by the owner and not by the dog itself.

Thu most interventions would require reaching out to the owner and working towards a solution.

It’s possible a neighborhood cat has spooked your dog and caused it to bark. You should socialize your pooch with a number of different breeds, especially cats as they are most common in residential areas.

While one might not be an expert in analyzing dog behavior, the first step towards reaching a decent estimation is observing and recording the behavior pattern of the dogs.

Noting down the specific time of the day/week or the environment when the dog barks could provide helpful hints to identify the problem.

Sometimes, a friendly visit and spending time with the dog could enable the dog to build a rapport with you and thus allow you to calm the dog if the owner is not at home.

Playing with the dog and giving the pup some treats could be great ice-breakers. If the dog is visibly uncomfortable seeing you, blocking off the dog’s vision could help ease things.

Many dogs cannot handle boredom too well. Staying alone through the day can be distressing for the dogs.

You could recommend the owner to have help to stay and take care of the dog during the day till they return. It shall keep the dog engaged. Some days, you could offer to keep the dog at your place.

There have been various devices developed to enforce positive punishment in dogs. These devices emit sounds that are of decibels discernible by dogs.

Thus when the dogs bark, these devices project radiation in response which sets out a triggered alarm to the dogs and can correct their behavior. BarxBuddy is one such device that uses high-pitched frequencies to stop the dog from bad and unwanted behavior.

It is similar to a pet whistle but is more a sophisticated version. It also comes with an LED light system that could be useful during the dark. Thus unfriendly and aggressive dogs can be disciplined using these devices.

While such devices are in vogue for their easy use to attain human aims, there have been concerns regarding their aversive nature and should be used as a last resort.

Talk to your neighbors

Everybody needs and deserves a peaceful neighborhood. As someone facing the issue, it is in one’s interest to handle maturity and politeness.

Proper identification of the problem and a cooperative approach can help all parties achieve peace. The responsibility is on the dog owner to understand and make sure that their dogs cause a minimum ruckus.

One might not be lucky enough to have cooperative and understanding dog owners. They might not be willing to address the issue themselves or seek help from an outsider.

Thus, it would be necessary to take the matter into your hand, report it to local authorities and seek essential remedies. Third-party intervention might make the arbitration smooth and fair.

There are also animal control authorities who might be willing to work with the neighbor to resolve the issue.

Barking dogs are common phenomena seen from neighborhood to neighborhood and do not demand harsh or violent measures.

One cannot expect the dogs to stop barking to satisfy human preferences. Coexistence is the key to a harmonious existence.